UPDATE June 2014: The easter egg is from CyanogenMod! Thanks guys, you’re doing a great job, and with humour!

Your read right, there is an Easter egg in Android! And about (old-school) Pokemon!, straight from the nineties. 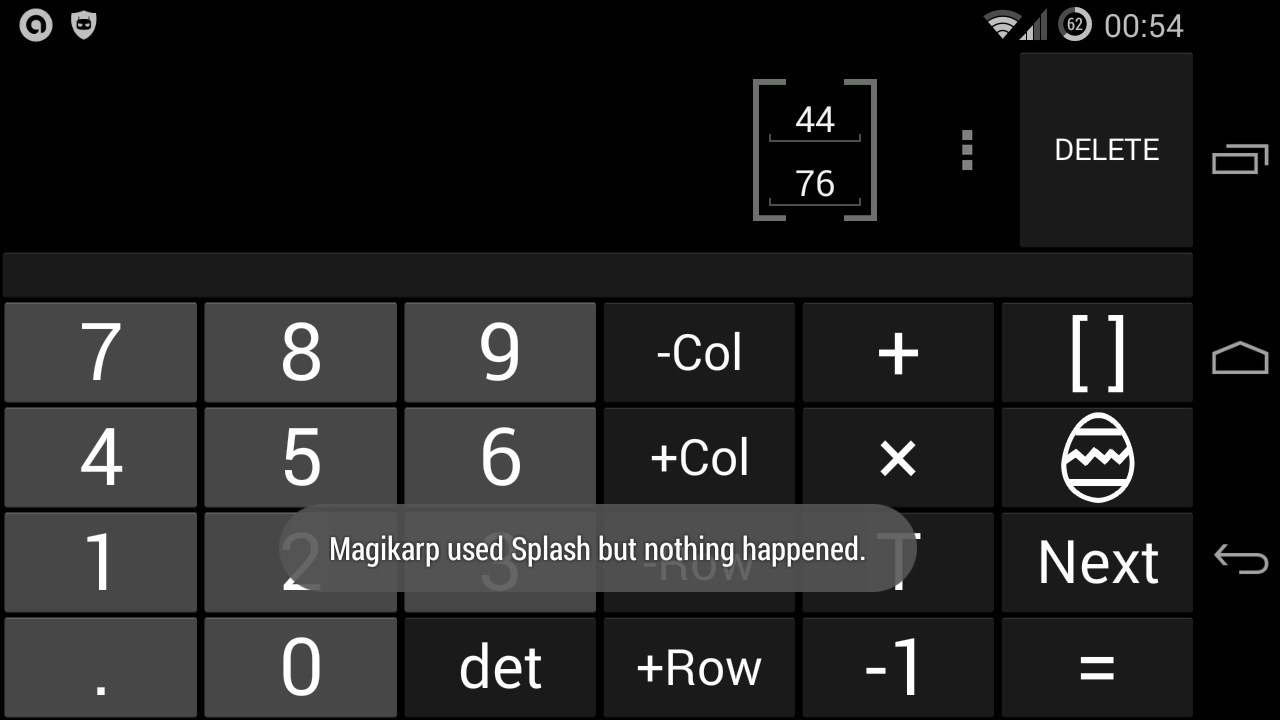 The screen-shot is from a Galaxy Nexus running a nightly build of CM-11. I don’t know if the Easter-egg comes from Google or the CyanogenMod team. Now that you know, why not twisting the subject a bit!

You might have recognised the Privacy Guard icon! Yes, the one from CyanogenMod. I’ve been running the nightly builds on my phone for a year and a half and it really works for me.

This ROM suits my way of understanding technology. It is a stripped down version of android (stock android) with granular control and many extra configurations, neat and clean!

Aside from a few hiccups (such as the proximity sensor turning off the screen but not disabling the touch-screen in 4.2 (CM-10.1) for some weeks) it is a great experience and always gratifying when after an update you see the new features pop out!

It is always nice to find an Easter egg in software, reminds me of the time when every single video-game add some hidden (or not so hidden) cheats and we used to get them in magazines! Back in the PlayStation (yes, I’m talking about the first one that some will remember as PSX) and early PS2 days.