A little background story: I wanted to play some music with my MIDI keyboard and had a Pentium 4 desktop laying around with no display. 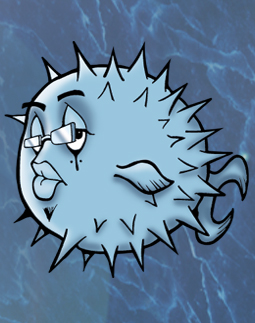 I had already installed OpenBSD on it to give it a try (and update the Ubuntu 10.10 install I hadn’t touched in years). During the install I decided to keep the default OpenSSH running and configure the WiFi network. That’s it, I had a server to connect to! And I found out there was a console-based MIDI sequencer for OpenBSD: midish!

The end result is simple, everything works!

Now I’ll give you the details of this fast setup.

The first thing is to check if the OS is registering the MIDI input properly. The OpenBSD FAQ has good info about it. Just connect it, check dmesg for a new midi interface and cat the input to the screen! Here’s the one liner from the FAQ:

I kind of messed up everything from here because my USB keyboard (Roland) wasn’t outputting standard MIDI. Just have a look at the user manual of your instruments and check if they do, or if there is a way to fallback to standard (as I found out later).

Now it’s time to start the sequencer and choose a sound module! If you have a hardware one, good for you. I picked the first I found on the ports tree: fluidsynth. Pick your install method, I chose the package.

Ok, now all pieces are there, the last step is to set them up.

The sndiod man-page has some good info but the midish one is pretty sparce for what we are trying to accomplish. Go to the official manual, there the docs are a lot better.

Here’s my midishrc in case you want some inspiration:

It should be pretty much self explanatory. I use midish to send the midi input from the keyboard to the synth. You could do that by piping the output of the interface straight to fluidsynth (with aucat just like the earlier test) but you lose lots of control and the ability to record what you’re playing.

Everything is ready, start the soft-synth if you use one, start midish and enter an interactive mode (i for example). You should be able to play and hear some sounds!

However I still had a big problem: lag. There was half a second between a key press and the audio. Not great.

So I went back to the mailing lists (I checked some to setup midish properly). And there I found the missing answer. Alexandre Ratchov, author of both sndiod and midish had already posted an answer with the config values he uses to play!

And it worked. Here they are, all together:

I hadn’t played piano in 4 years, but it wasn’t as bad as I expected. My fingers felt numb and unresponsive yet my muscle memory was surprisingly good. After a few minutes practising Across the Stars the cords were coming back!

I also managed to bring back from the dead my old (over 12 years old) Yamaha keyboard. Nothing was wrong with it but around 6 years ago I bought a MIDI/USB interface to use it as a controller but never managed to get it working (it was on Windows XP back in the day). Yesterday I remembered the interface was laying around and after a few minutes, it was connected and dmesg showed OpenBSD had found it! After a little more tweaking, I was playing with both keyboards!

Merci Alexandre, your code is awesome!